We’re here to help you:

Capture who you are and what you do

Team, facilities and clients; interviewing and documenting these three areas of your business will lay the foundations of your story.

Crafting and delivering short, remarkable pieces of video, distributed and leveraged via your existing business development processes, social media and most likely LinkedIn, will then make your story accessible.

There is a process and a knack to our craft, and for over 11 years, we’ve been combining strategic consulting to the executive and board on their desired business direction, then articulating a strategy to move them forwards.

The next step is asking questions during our filmed interviews that elicit responses from your people, that paint the picture of where you are going – not where you have been.

That’s the Bravo Charlie difference. We make video that is strategically aligned to business outcomes, and integrate it into your systems. We don’t settle for pretty.
Click here to speak with a content strategist

A project with the same requirement

The aggregate video compiled after interviewing team, facilities and clients
The labour hire management system that needed immediate documenting in order to sell to new clients

Additionally with an in-house asbestos removal and demolitions division, plus remote area construction services for environmentally sensitive and difficult to reach locations, Dawsons works with Mining, Marine, Sugar, Government, Power, Oil and gas industries, as well as being a recognised Defence Supplier.

Initially meeting through the Australian Institute of Company Directors, the CEO of Dawsons tasked Bravo Charlie with documenting their internally built Labour Hire Management system known as TRON, filming at their head office in Cairns, Queensland.

To do this we used a dual camera setup with screen capture software, allowing several members of staff to take us through how they used the system.

Additionally we conducted interviews with department heads, clients and staff, then produced 32 pieces of video content, including updating their YouTube channel.

If you would like to see the Behind the Scenes images and more production details, click here to visit Dawsons in the Portfolio

Talking health and fitness at Dawsons

Philip jumped to it at very short notice to produce a suite of YouTube clips detailing our business processes and capturing the essence of Dawsons people, services and clients.

He has provided excellent “post sales” service since, ensuring that we get the maximum impact from being multi media stars. 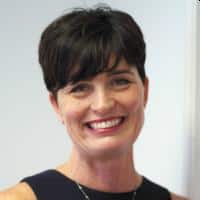