Thing to remember with YouTube is that it is about linking websites / webpages to the videos on youtube, not specifically uploading them into your own media areas (because then you would have to host the video [have it on your own hard drive space which you pay bandwidth and storage fees for]).

Below you can see I’ve made a page called ‘media’ (by going to ‘pages, add new page’).

Regarding inserting youtube videos, you need to go to the page you want to edit, then in the typing area, the row of buttons on the top, there is one that says HTML. Make sure this is ticked (HTML = Hyper Text Markup Language, the code the internet is written in). 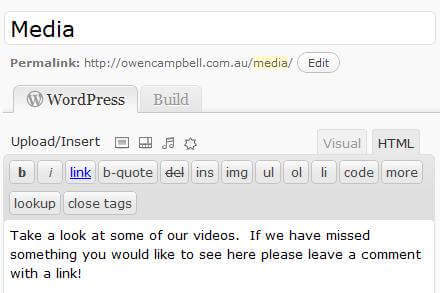 Now we need to get the embed code (the HTML) for the video from Youtube.

For example we go to the making of album on youtube; 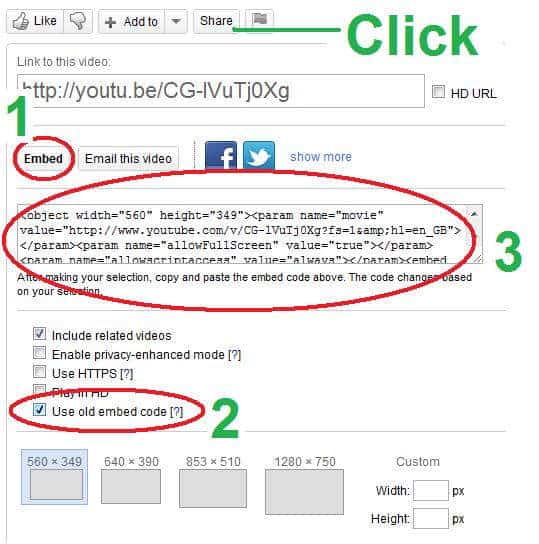 We use the old embed code because WordPress does not seem to like the new ‘iframe’ version of the YouTube embed codes.

Now back to the editor, paste the embed code in, click ‘Publish’ and you should see your video on the live page. If it is jammed up next to the words, go back into the editor and press return between the lines / at the start of the video embed code to move it down a line. 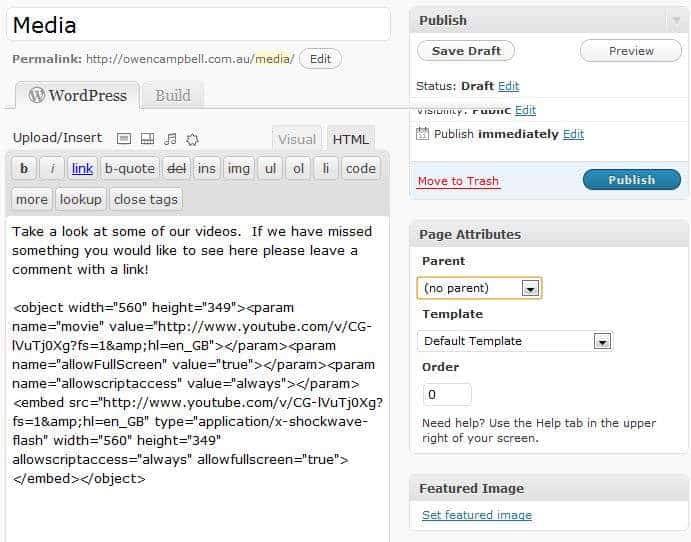 As you can see above, there have been tags within brackets called ‘Markup’ added to the HyperText (digital words). Do see where it says <* object* ><*/object*> (NB: if the asterisks * are removed, ‘object’ would be a functioning tag and thus not displayed to you, dear reader 🙂

This means that any of the text between those two markups will be effected, and displayed to us. In this case, it is an object 560 x 349 pixels wide, and it is a movie. Where is the movie? That is what the URL right in the middle is for (embed src=”http://www.youtube etc”).

NB: Often websites go awry because someone forgot to add the / within the last tag eg < */*object>

Try adding the embed code from a video you want to a page of your own, maybe a line before it such as ‘This is our company / band at event / performance’ though you will see the YouTube video title popup anyway.