Interesting comparison of the existing President and the potential via CNN – http://edition.cnn.com/election/2012/debates/first-presidential-debate?hpt=hp_c1 (picture source).

With $166 million in the pocket, it’s worth seeing how President Obama’s camp pitch themselves online and then compare it to Romney.  How do they go about their online marketing?

Would you agree both of the marketing teams are on top of their game?

So let’s break it down..

Both Obama and Romney start of with a ‘gate’ asking for your email address if you haven’t been to their websites;

Obama’s is titled ‘stand with the President’ and the second to ‘stay informed of the campaign’ – so one side going for existing allegiance, the other taking a more respectful ‘let’s talk about this’ approach.

Both feature video, talk directly to the user (not about them) and have deep social integration.

NB:  The days of going on about how good you are on your website – they are long gone – sorry to tell you but your customers don’t care.

You need to tell them ‘what’s in it for them’ and you need to talk to them as if they really exist, and are reading this right now.

The President has a 2 minute video as his lead in, again with the newsletter signup next to it and an invitation to connect with Facebook (29 million and counting on his page so far – http://www.barackobama.com/video/id/ZYI7qPO5wVw?source=primary-nav ) whereas Mitt keeps his action plan to 38 seconds –

A good still frame drawing out quickly, uplifting emotive language, a sincere tone and some sharp statements (cheaters?) combine to make a short and irrefutable (for the existing converts) piece of content.

Take a look at the spend comparison via CNN below. 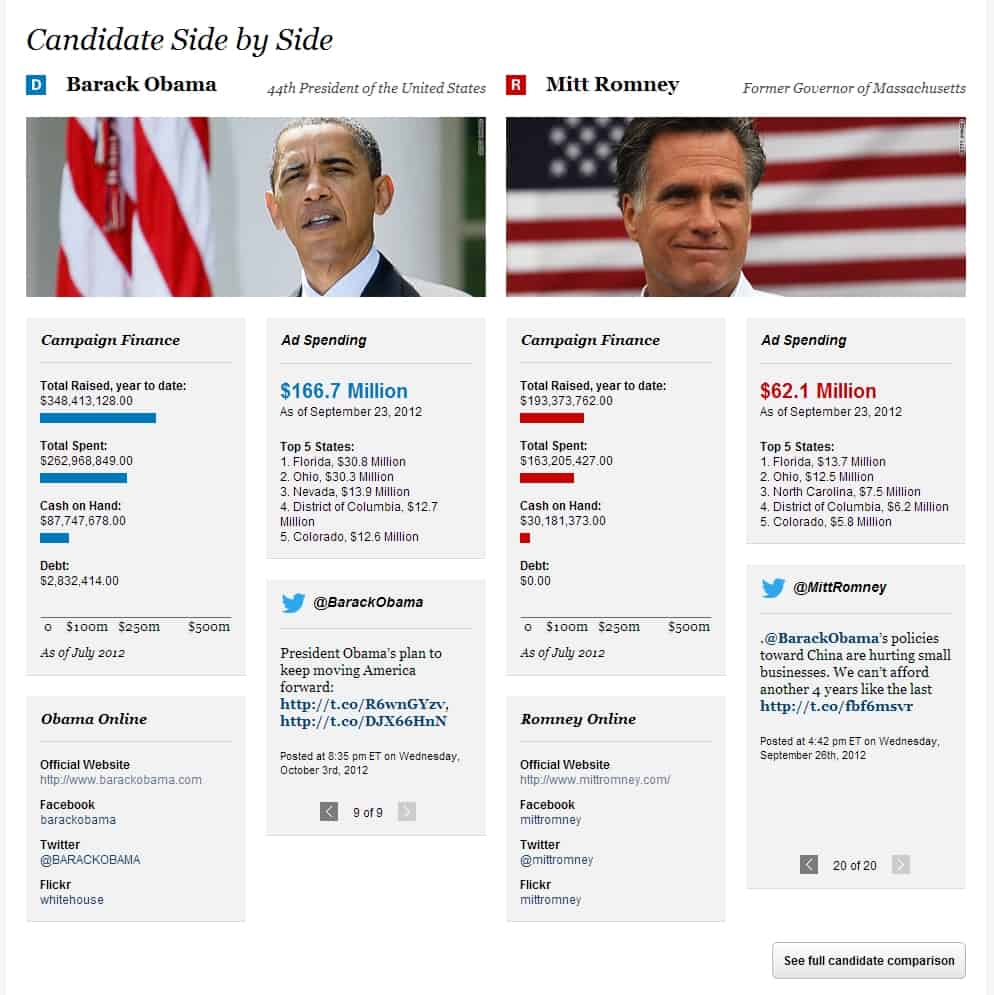